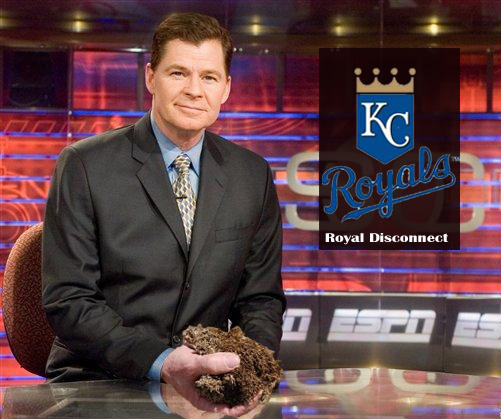 Two eggs and a side of manure complementing your morning Internet sports page (art by D.H & A.G.)

Every legal brief starts with a section called “Statement of Facts.” In law school you’re taught that the statement of facts should be written in a way that benefits the side you are advocating for. It sounds simple enough but there is an art to it. You can’t omit every fact that is bad for your side or you will lose your credibility with the judge. You can’t change or even stretch the facts or you might be disbarred.

What you can do is stress the facts that work for you. You can place bad facts in the middle of a paragraph surrounded by good facts. If your client is suspected of cheating on her husband, you can refer to her as Mrs. Smith instead of Sally Smith to emphasize that she is committed to family values. You get the idea.

The law profession obviously isn’t the only industry to refine this Jedi mind trick. PR people are pretty good at it too. And one particular type of PR person I really have to take my hat off to – the “reporters” who write for professional sports team official websites. No, they don’t make $500 an hour. But they really ought to.

Just as foliage is most brilliant in Fall, team “news” stories really peak at the beginning and end of a sports season, when the quasi-reporters are ginning up support or are in full-blown damage control.

And since pitchers and catchers report in a week, right now the bullshit is flowing at a strong and steady clip for Major League Baseball. I won’t single out any one team because that would be extremely unfair. But there is a mystery team, who’s name rhymes with “loyal,” and plays in Kansas City, that is a good example of this.

The site’s banner headline reads: “As Camp Nears, Excitement Builds.” Oooo. Does it? Really? Okay, I wasn’t actually sold, but I clicked on the link anyway. The first line of the story reads:

“If 2011 was a germination year for the Royals, a time to assess just what these young sprouts could offer, then 2012 might be the time for a growth spurt. And Spring Training is always a good time to spread a little fertilizer in the garden.”

At least the Royal’s stooge was honest about spring training being a good time to for fertilizing – by spreading the manure on the grass. Truly Shakespeare hath been resurrected. Telleth me more.

“The prize picks of the crop arrived in Kansas City last season, the team clicked and had a winning final month, the fans got revved up and that excitement and momentum should carry into camp.”

This reporter/PR guy actually managed to combine 2011 damage control with 2012 optimism. That’s impressive. It kept going like that. I’ll spare you. Pretty bad when all you’ve got to talk about is the winning final month and the “young sprouts” you got in return for Zack Grienke. Of course, karma ensures that my writing these last two assures the Royals a back-door wild card spot, making me look quite stupid.

The reality is before the season begins there is a lot we can’t know.

I recently read about a proposed EPA (Environmental Protection Agency) rule, which would slash the amount of sulfur in U.S. gasoline by two-thirds. The National Association of Clean Air Agencies estimated the change would cost consumers less than a penny a gallon more at the pump. Yet, the politically motivated and PR driven American Petroleum Institute said it could boost gas prices 25 cents a gallon.

Lots of important predictions are based on subjective information. Professional analysts make a ton of money speculating on stocks.  And despite all of their research extremely bright people come up with completely opposing conclusions. But I’ll make a bold prediction right now. The 2012 Royals are going to suck.

Say what you will about Deadspin, but it has a much needed place in 21st century Sports media.  It is the wiki-leaks of sports. The truth is ugly but it’s the truth. I wish the spin died with the Royals but it doesn’t.

ESPN has a hundred-million-dollar stake in college basketball programming and come hell or high water it’s going to make sure the Duke-UNC game gets top billing. Not two minutes after Austin Rivers knocked down a buzzer beating shot the other night the game was replaying on ESPN Classic. An ESPN-dubbed “instant” classic. If you say so.

I could care less personally. The only time I’ve ever even been in North Carolina was in the Charlotte airport at 6 a.m. rushing to make my connecting flight to New Orleans. I’m not religious but I prayed to god that I would make my flight so I didn’t have to be in the state one minute longer.

Sometimes I’m a little tired of reading the worldwide leader’s self-fulfilling prophecies. At least the Royals admit its writer is a hired gun. What makes ESPN.com so scary is you really don’t know if you’re reading lead or gold, because it’s spewed at you by Bill Simmons’ alchemy.

Hopefully you can tell I didn’t lawyer this up. They’re not paying me enough to have an agenda. That would cost at least… $1 a word. Are you listening editor? Remember my rate when this thing makes it big.