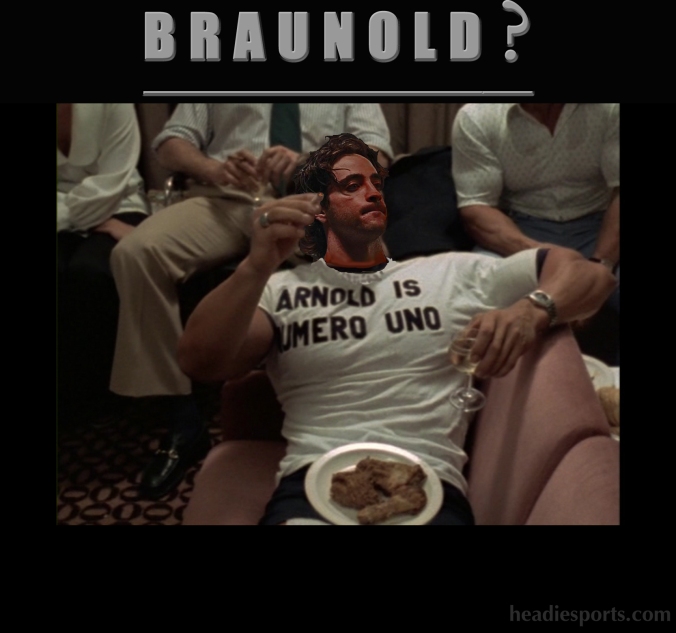 Yet again, sports fans are relegated to throwing on their lab coats to try to figure out if one of baseball's stars is telling the truth or not

As a life-long Phillies fan I thought about what I would do if I found out Ryan Howard or Chase Utley were taking steroids. My first thought was that my world would be shattered. But then after some reflection, I realized that realistically, I would probably refuse to accept it and pretend it never happened. That’s what I did with the ‘93 Phillies and it’s worked out pretty well for me for 20 years.

Try talking to any Phillies fan about that ‘93 team and they’ll say something like – “Sure, 10 players had ‘career’ years. And sure, Dykstra was hitting .400 through June. But let’s not play the blame game.”

I consider myself a fairly educated person and I still have no idea what I’m reading when it comes to steroid articles. 1. because I can’t understand the science, and 2., because the player always puts out an extremely loaded statement, with unquantifiable terms of art (probably written by his lawyer). Soon I just have a headache and want to get back to watching baseball.

The last thing I want is to hear sports figures speak like graduate students. Grad students like to use big words like “interdisciplinary” and “practicum” to make sure everyone knows how hard they’ve been working. (no offense). I get that you’ve been locked away in school for 6 years, but you don’t have to be a condescending chump about it. (no offense). When we’re at the bar, my having drunk 11 Bud Lights in front of you should signal to you that I’m not in a place discuss your 80-page scholarly journal article. (no offense). But I digress.

Who are we to say to say what Ryan Braun can and cannot do? If he wants to play god and cross his genes with a goat and get super-human strength, I’m not judging.

In fact, cross-pollination can be a good thing. Like when P.F. Chang’s fuses Chinese, Japanese, and Thai, and ends up with a totally bastardized but delicious menu of 2,000-calorie per plate meals only found in American suburbia. Braun’s man-beast hybrid is just as great and addicting.

One day we’re going to wonder why we weren’t juicing sooner. It reminds me of that movie “Limitless” with Bradley Cooper, where he takes a pill that gives him incredible intellectual ability. In the film they make up some half-baked moral lesson at the end that such is wrong because if you stop taking the pill you wither away. But the whole time I was watching the movie I was thinking, “This is great. I want this pill.”

Let’s not be bitter because Braun found a way to beat the system. He was too smart for us. In the immortal words of George Costanza: “Remember Jerry – It’s not a lie, if you believe it.”

One thought on “Braunold or Not?”