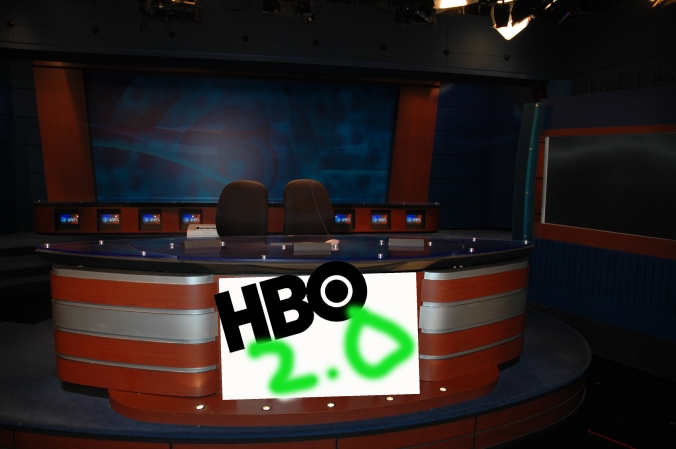 Once upon a time, HBO aired The Sopranos, The Wire, Six Feet Under, Deadwood, and critically acclaimed but short-lived (and too expensive) Carnivale.  This would be an incredible decade for any network, but almost forgotten 10 years past, this programming was all aired in the same run (2001-2007). HBO was the catalyst for the golden age of television we currently live in with this string of plot laden and character thick hits.  But then HBO lost its way.  And the competition caught up.

In the summer of 2005, Six Feet Under came to a close and over the next two years each of these HBO created mega hits all expired as well.  Viewers primed to expect nothing but excellence from the premium cable content provider saddled up to their new feigned HD screens as HBO re-loaded for it’s next big run.  Instead HBO served up Hung, How to Make It in America, Treme, and the list of duds rolled on.  This while other networks like AMC, Showtime, and Fx jumped into the “thinking TV game” with the likes of Mad Men, Breaking Bad, The Walking Dead, Dexter, and Louie.  HBO even got beat at its own game by an arcane, clunky, good ole’ fashioned broadcast network when ABC struck gold with Lost.

It has been a half decade of sunk greenlight costs, angst, and searching for the once hippest of cable channels, but it finally feels like HBO is back.  In 2010, with rumors of a $1 million dollar mock Atlantic City boardwalk and Martin Scorsese influence, HBO finally found a signature show that viewers could at least become moderately addicted to again.  Even if we knew this show, which often wears its cliché Freudian undertones on its forehead like a game of Indian poker, was a B-minus to the Sopranos A-grade mafia story, it gave the network a foundation to re-build upon.

And now in the spring and summer of 2012, HBO has returned to the conversation as the top producer of great television.  This spring following a second successful season of Game of Thrones, HBO unveiled Lena Dunham and Judd Apatow’s Girls to an enthusiastic niche young-adult hipster audience (at least those with access to their parents’ HBOGO accounts).  The show painted at first as a 20-something Sex and the City re-mod, is poised to be so much more as its first season just wrapped.  Girls offers the first significant mainstream glimpse of a voice for millennial generation culture.  HBO unearthed and popularized its 26 year old creator Dunham and she has already been pegged as the female, albeit youthful, version of Louie C.K.

To some surprise though, the recently hit-and-miss network kept the momentum rolling this past Sunday night, a week after the Girls Season 1 finale, inserting Aaron Sorkin’s Newsroom into the cherished 9pm Sunday HBO slot.  Newsroom has the potential to feed the HBO bread and butter audience of liberal, college-educated, urban and suburban viewers in the same fashion that Girls proved to be successful for the 20-30 something demographic.

In a depression age where the best counter-balance to pessimism is realism, it is incredibly refreshing to watch Newsroom muster up the courage to be purely idealistic.  The same way Sorkin’s The West Wing offered up a fantastical story of what liberals yearned for during the “dark days” of the W. administration, Newsroom offers up its own idealistic vision.  Except in this case the ideal is of what an unbiased and hungry media might look like; an ethical media pursuant of the truth and desire to disseminate it, rather than a system solely focused on ad revenues and entertainment ratings.

The show almost feels naïve or overdone, in that such a journalistic corps is a wild inconceivable fantasy.  Furthermore, many critics have pointed out that the whole “biased media” plot line has been played out in pop culture and the concept of the show is oh so 2005 when “Faux News” bumper stickers were prevalent and bashing NPR was far more in vogue.

Yet this is really where the show shines.  Sorkin with his unabashed idealism has not yet given up on the idea, and importance, of ethical journalism.  Perhaps this is a re-tread of a culturally complaint, but unfortunately any prior out cry on this matter brought about no change.  As Jeff Daniels character aptly points out in the pilot episode, social scientists state that Americans are more divided than at any point since the Civil War.

For some understandable reasons, we are living in a most cynical age right now.  The strongest, most defining characteristic of the youth generation today is irony.  Youth fashion is ironic: silk-screened t-shirts littered with snarky one-liners and neon colors offered up as a pseudo attempt to pay homage to 80’s, while mocking it at the same time.  Dive into youth humor like Tosh.O and you get buckets more irony.  Go further into youth art and music and its gooey thick with irony.

In a way, irony is a mockery of the truth.  It is a joke on the truth, a message that “we’re too cool for the truth.”  Maybe irony is the millennial generations’ collective cultural response to economic depression, perhaps it was just deeply imprinted on the psyches of young middle-schoolers when Alanis Morrisette’s “Ironic” was played on an endless radio loop in the mid 90s only to surface culturally at a later date (now), or maybe it runs deeper than what can be fit into a brief essay of HBO’s resurgence.  Whatever the case, it is alarmingly refreshing to see unadorned enthusiasm and passion for an ideal, 180 degrees from irony, on a television set in 2012.

2012 is shaping up to be the most unenthusiastic, dispassionate presidential election in memory.  If I get one more pandering email from Barack Obama pleading poor and groveling for me to throw him $15 so I can earn a raffle ticket to have dinner with him and Michelle I just might have to report him to the Gmail spam team.  And show me an individual who gets a fire in their belly trumpeting up their man Mitt Romney, and I’ll show you a really boring person.  Enthusiasm and passion for politics as a change agent are at an all-time low.

2008 was not that long ago, but it has been a long four years.  Four years ago there was no irony, no mocking, no laughing when Obama spoke “We are choosing hope over fear.  We’re choosing unity over division, and sending a powerful message that change is coming to America.”  No pundits were particularly surprised when this will.i.am/Obama music video collaboration garnered 25 million views.

So when Sorkin’s main character launches into the following diatribe about what America used to be, it felt jarring, perhaps even forced at first.  “We stood up for what was right…We fought for moral reasons…We waged war on poverty, not poor people…We sacrificed…We put our money where our mouths were.  And we never beat our chests. We built great big things, explored the universe, made ungodly technological advances…We cultivated the world’s greatest artists…and the world’s greatest economy.  We aspired for intelligence, we didn’t belittle it, it didn’t make us feel inferior…We didn’t scare so easy…And we were able to do all these things because we were informed.”

Four years ago, soliloquies like this were Obama’s ace in the hole to securing the White House.  Today, Sorkin is mocked by the likes of The New Yorker’s Emily Nussbaum as espousing “bona-fide baloney and false nostalgia.”  In the age of unadulterated irony and depression-sprouted cynicism, idealism is mocked and laughed at as a cultural snafu.

As Walter Sobchak in The Big Lebowski once said, “say what you want about the tenants of National Socialism, dude, but at least it’s an ethos.”  Our cultural critics can mock and scorn Sorkin for being too brazen or obvious, but at least the man has a vision for the way he wants the world to be and he is not afraid of articulating his ethos loudly and confidently from the re-established mountaintop of premium cable television.

In this rambling and seemingly endless depression, excuse me for being tired of the cycle of cynicism.  There may be no “change” or “hope” tagline coming from our politics this election year, but at least maybe our art can provide us the hope that our politics cannot.  So hail, hail to HBO for finding itself again, and props to them for finding a voice through enthusiasm and idealism, rather than more disconnected and uninspired irony.